I call it cruel and maybe the root of all cruelty
to know what occurs but not recognize the fact.

–-- William Stafford, "A Ritual to Read to Each Other"

As a coach and consultant, the two most common problems I deal with are leadership blind spots and the challenge of standing up in one’s work and being real. Of course, there are many other issues, but these are the biggest vectors in my practice.

Since George Floyd was murdered, America as a society once again has been up against both of these issues: the blind spot of police brutality and all forms of systemic racism, and the willingness of us white people to stand up in real and meaningful ways to address the true depth of the problem. The background of this appalling blind spot and the interplay of both real action and real failure have gone on for hundreds of years. To me, it seems like the structure of the problem is the same whether we are dealing with it personally, institutionally or as a whole society.

Sometimes to deal with my own grief, I build models to try to describe the nature of the dynamics at work. It’s one way my brain deals with my heart. Here’s one model I created today regarding blind spots: 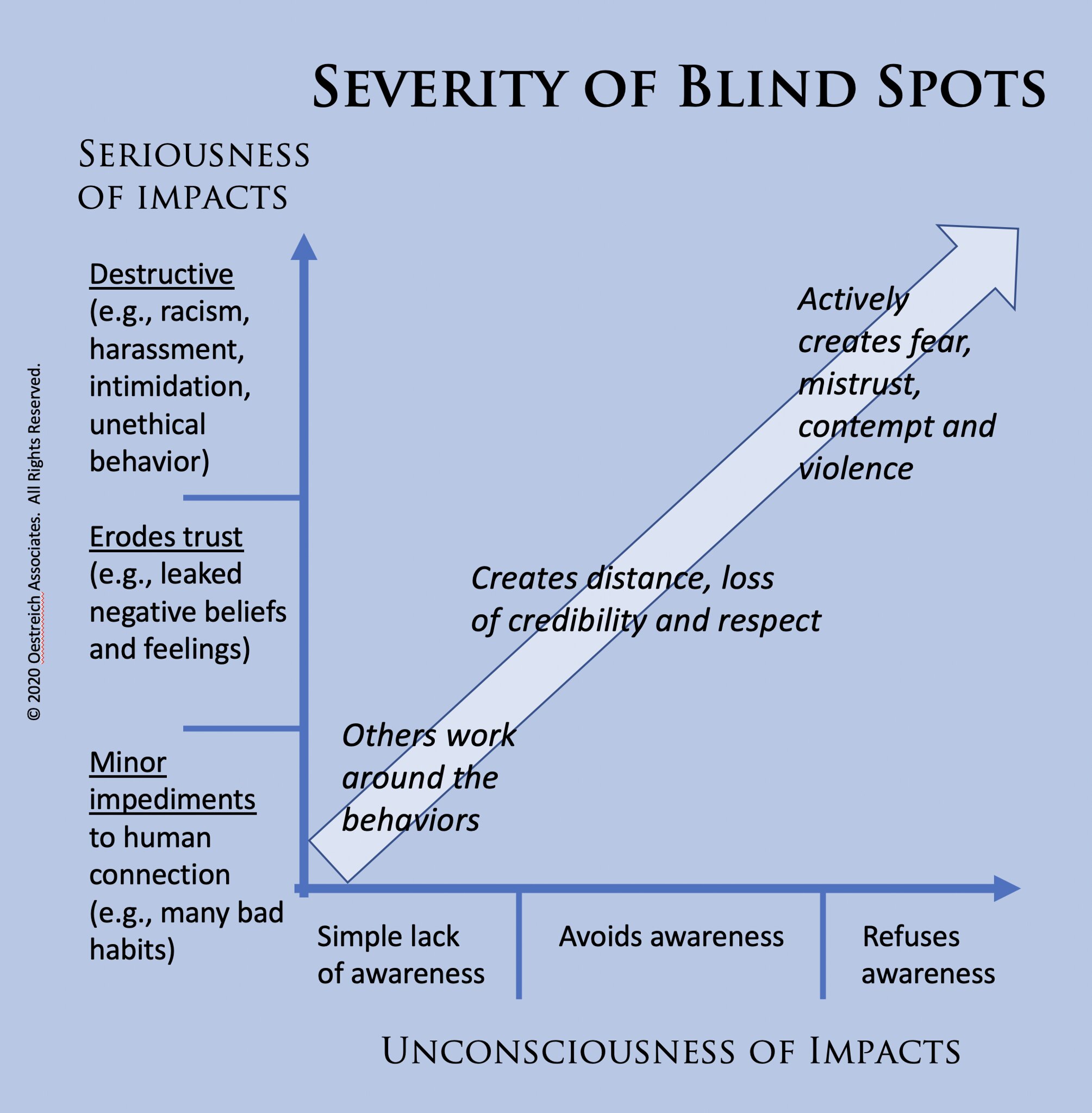 The point of the diagram is to show how there are gradients — scales — that display on one hand the severity of the behaviors that we are blind to and on the other the type of unconsciousness we exhibit. I hope it is clear how destructive it is when the behaviors are cruel and there is a refusal to be aware of them and dismiss their impact. The diagram also holds other messages, particularly around the “middle” levels of the scales — the places blind spots are characterized by more subtle comments and behaviors and we avoid looking at them. For example, in the “middle box” you might see microagressions combined with various denials that they are intentional, derogatory or even happened.

What we all saw (and continue to see) is that the events surrounding George Floyd’s murder and reactions to it are not in this middle ground at all. Rather it is the worst of the worst: acting out racial violence, yes, but also rationalizing it, condoning it, double messaging it, reframing it in covert and obvious ways. In one thread on Twitter someone commented that “After all he wasn’t exactly a sterling citizen. He shouldn’t be treated as a hero” and the President, chief among those with the worst categories of blind spot, wants us to believe George Floyd is looking down from heaven and that it’s a great day for him because of a jobs report. Statements such as these are not “avoidance” but making a choice not to know, not to see, not to feel. They are a refusal to treat others as real and for this reason they hurt as deeply as hurt can flow. Operating in such a way is nothing less than a contemptuous way of being, a cynical and malevolent attack on the human spirit.

This is why it is important to do the the work of self-awareness, reflection, and understanding our impacts, and more than anything else learn how to lead and guide change within ourselves. The blind spot of discrimination in all its ugly, tragic forms is exactly privilege, superiority and violence. We witnessed it live, again and again as the video tape rolled and continues to roll in our memories.

We must be strong enough to be real and real in enough ways that we defeat conscious ignorance once and for all, remembering, too, that beauty is also in us, care is in us, trust and good will are in us and that we are more than what we don’t know about ourselves. 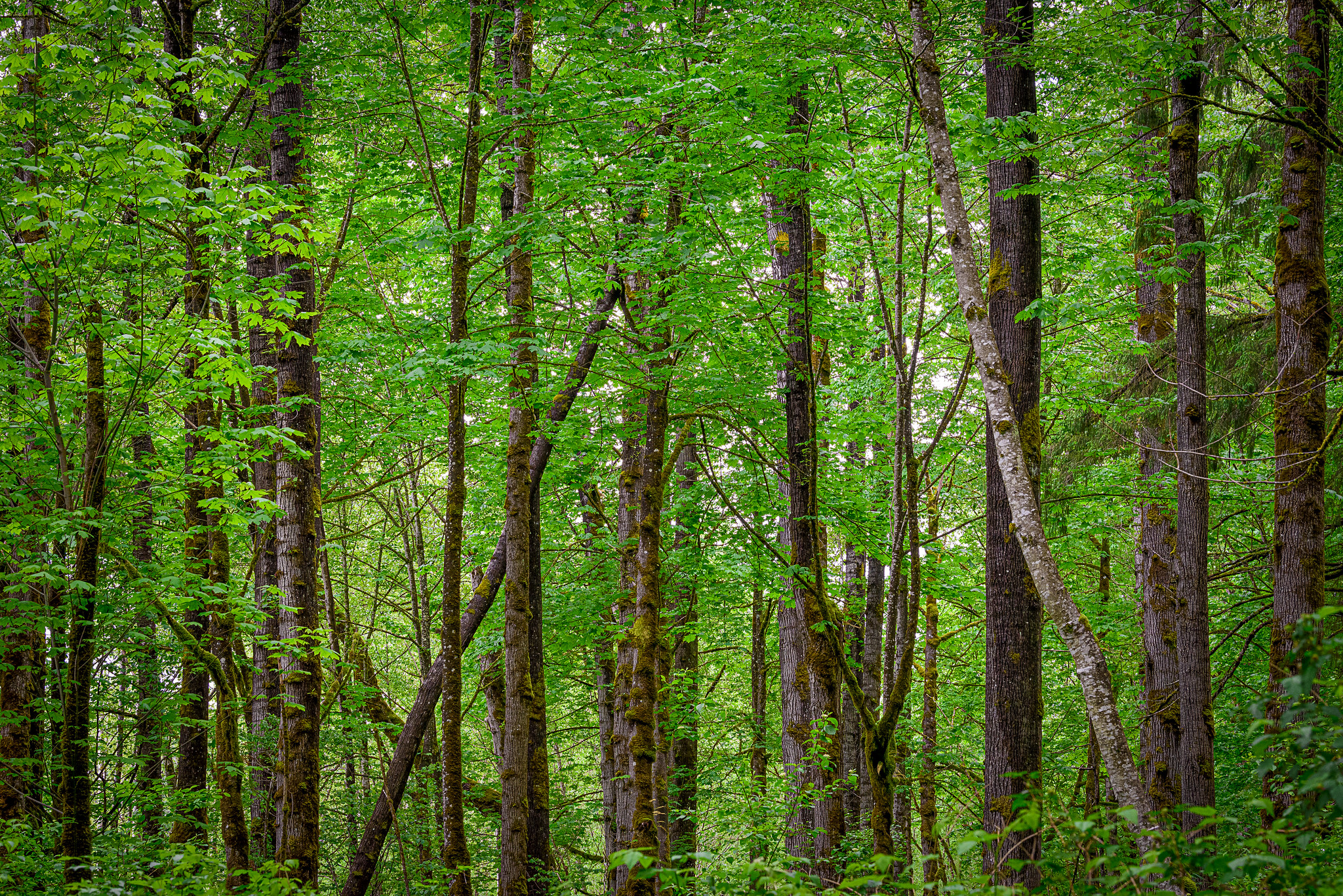