And did you get what
you wanted from this life, even so?
I did.
And what did you want?
To call myself beloved, to feel myself
beloved on the earth.

Carmen and I hurriedly zip our jackets and hunker down in the cold while I struggle to attach my camera to the tripod and put on the right filter. Horsetail Falls in the Columbia Gorge must be perpetually in winter shade for Carmen notices how some of the mist coming off the falls turns to a kind of snow. I diligently get off a few shots before the rest of that mist blots my lens and makes it impossible to shoot. 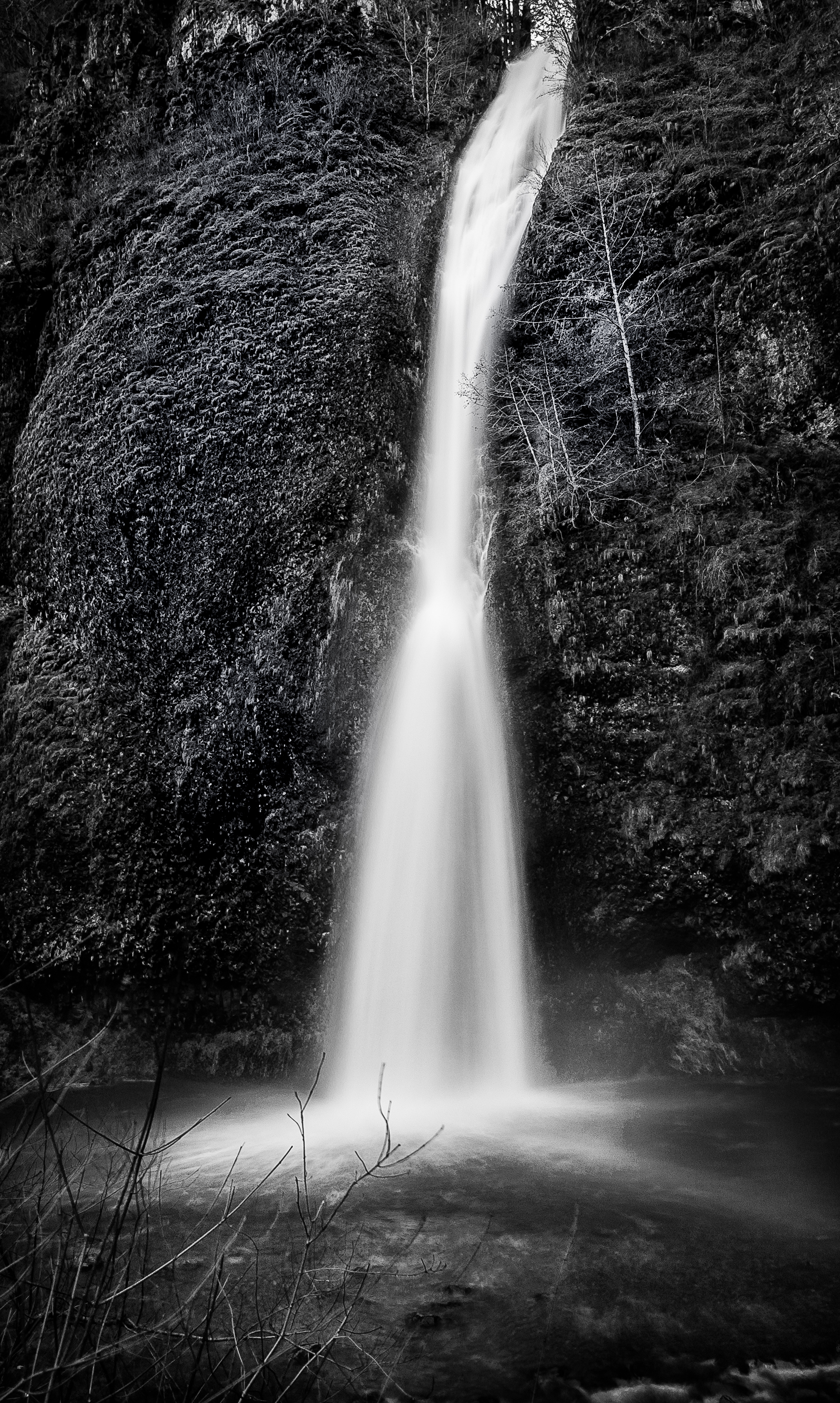 Even so, the waterfall captures me with its beauty and power. There is an unbreakable magic in water tumbling from a great height. The sound, by itself, reminds me of everything outside myself, as the sea also can do or the sheer size of a mountain, or the unexpected screech of a bird. In this and other ways, waterfalls have always symbolized for me certain qualities of transformation. I wrote about that years ago in a post called, “Can People Change?”

Still, I think, to come around the corner of a trail, to be surprised by a waterfall is to rediscover some forgotten thread of meaning. There is something of death in the constant flow going over the edge, but also something of release and transfiguration, and also of coalescing and reforming and going on in a new way. Without waterfalls, we could not reinvent ourselves. We’d have no model.

Later, Carmen and I drive past another waterfall, a very tall one a little ways back from the road.
“Should we stop?”
“Well, maybe.”
“Was it as beautiful as the last?”
“More.”
“Okay, just give me a few minutes.”

I walk back across a green, moss-covered bridge over the ravine. The falls stand away from the road but I can still hear them, and the sun had broken through just a little to light up some trees at the top, though most of the cliff is still shadowed. I watch a long while, and take my shots. 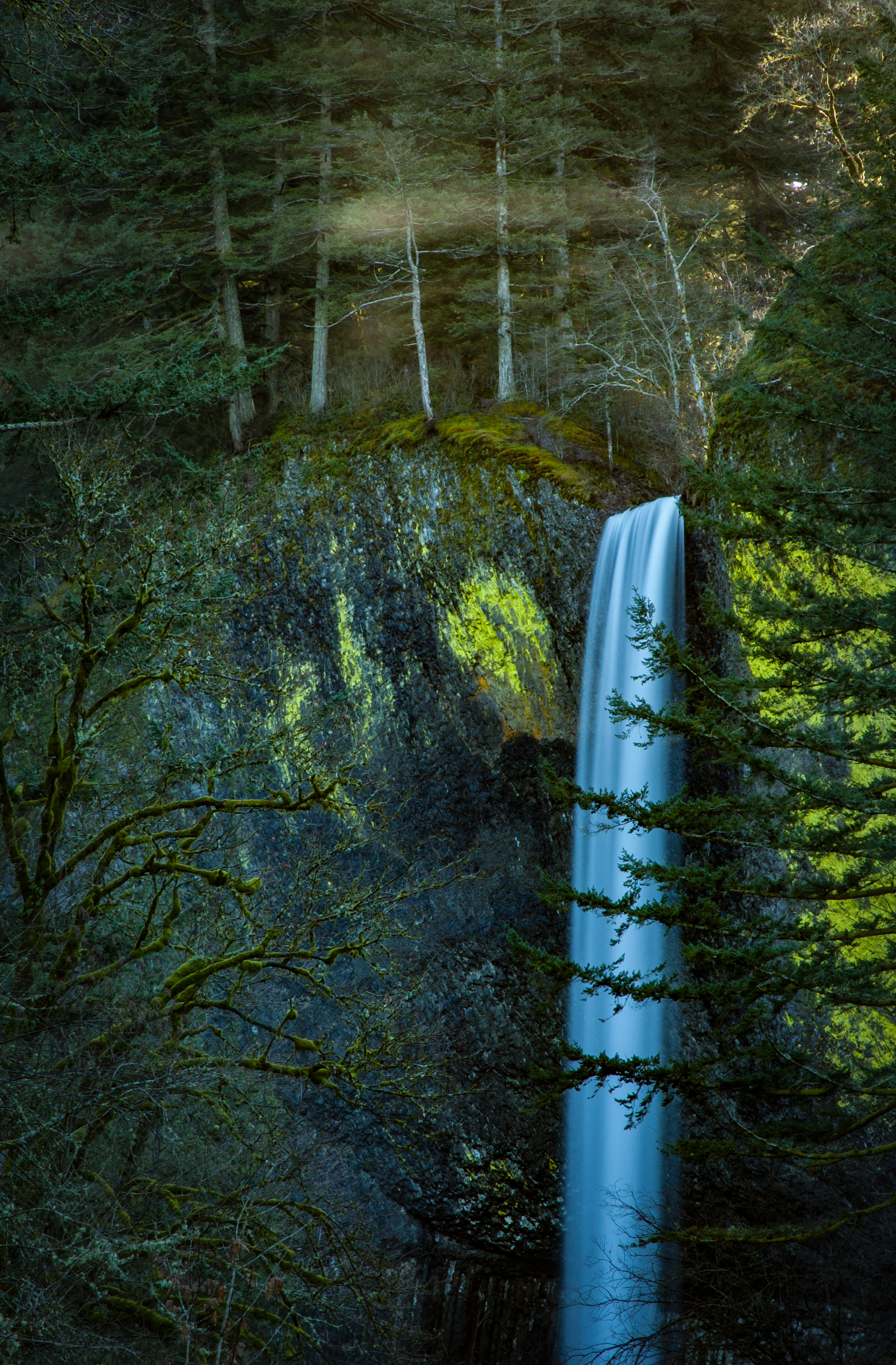 Time is passing. Carmen is in the car, waiting for me. It’s the end of another year. Lines come to me from Raymond Carver, better known for his short stories than his poems, lines from a poem about looking for work, about facing but still trying to escape uncomfortable realities.

Suddenly, I find a new path
to the waterfall

he writes, yet in the poem he is only dreaming. It’s already noon and his “new shoes” still wait by the door. A New Path to the Waterfall is the title of his last book of poems.

Time is passing, I think. The waterfall is wholly beautiful, and is already lost behind us as we drive on.