A serious house on serious earth it is,
In whose blent air all our compulsions meet,
Are recognised, and robed as destinies.
And that much never can be obsolete,
Since someone will forever be surprising
A hunger in himself to be more serious,
And gravitating with it to this ground,
Which, he once heard, was proper to grow wise in,
If only that so many dead lie round. 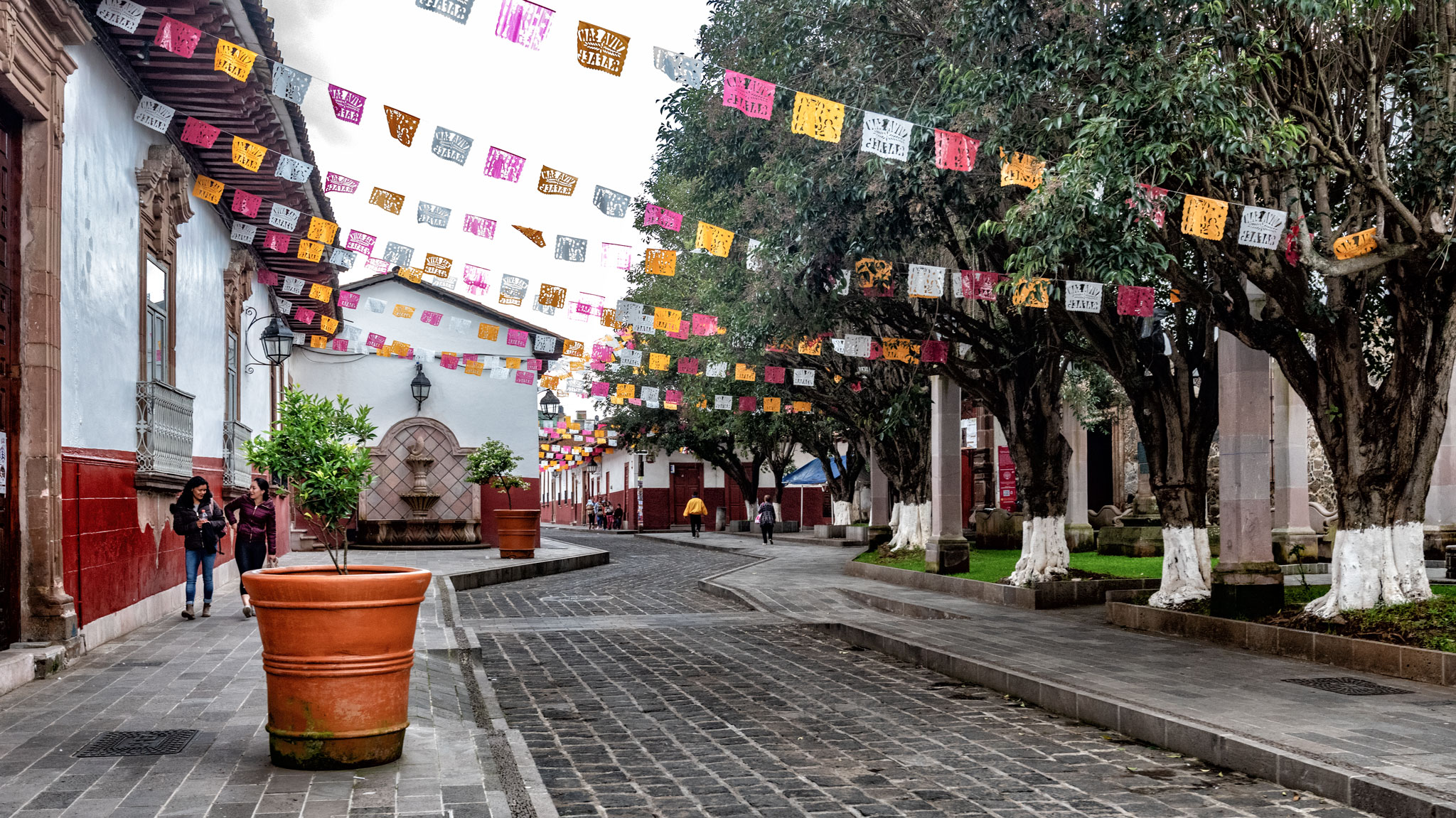 In late October my wife Carmen and I spent a week in the central Mexican town of Pátzcuaro, well-known as a site for Day of the Dead celebrations. We were blessed to stay with a Mexican family only a block from the central plaza in a house built over two hundred years old.

By day we wandered the shops and the museum, ate in the restaurants and watched as people put up their decorations. Long strings of cut paper, papel picado, hung across the streets. Beneath them altars of marigolds sprang up to honor the dead. A hundred tent-covered artisan and food stalls transformed the town plaza into a crowded festival. Through the aisles of vendors, La Catrina, that “referential image of Death in Mexico” walked on stilts, stopping if one gave her a few pesos to let her picture be taken.

At night, on a stage built to one side of the plaza fountain, troupes danced and sang and bands played. Children with painted skull faces made their way through the throng looking for anyone who might drop candy or a coin into their baskets. Behind them table after table of sweet, painted sugar skulls looked on.

On one special night we visited the graveyards in nearby villages where families kept vigil and remembered those who have passed to the other side. Baskets of favorite foods and thousands more marigolds adorned the graves. People built small fires in the narrow passageways between the graves to keep themselves warm so that the air smelled of wood smoke mixed with the tallow of the candles. It was a strangely beautiful, touching and somber experience. 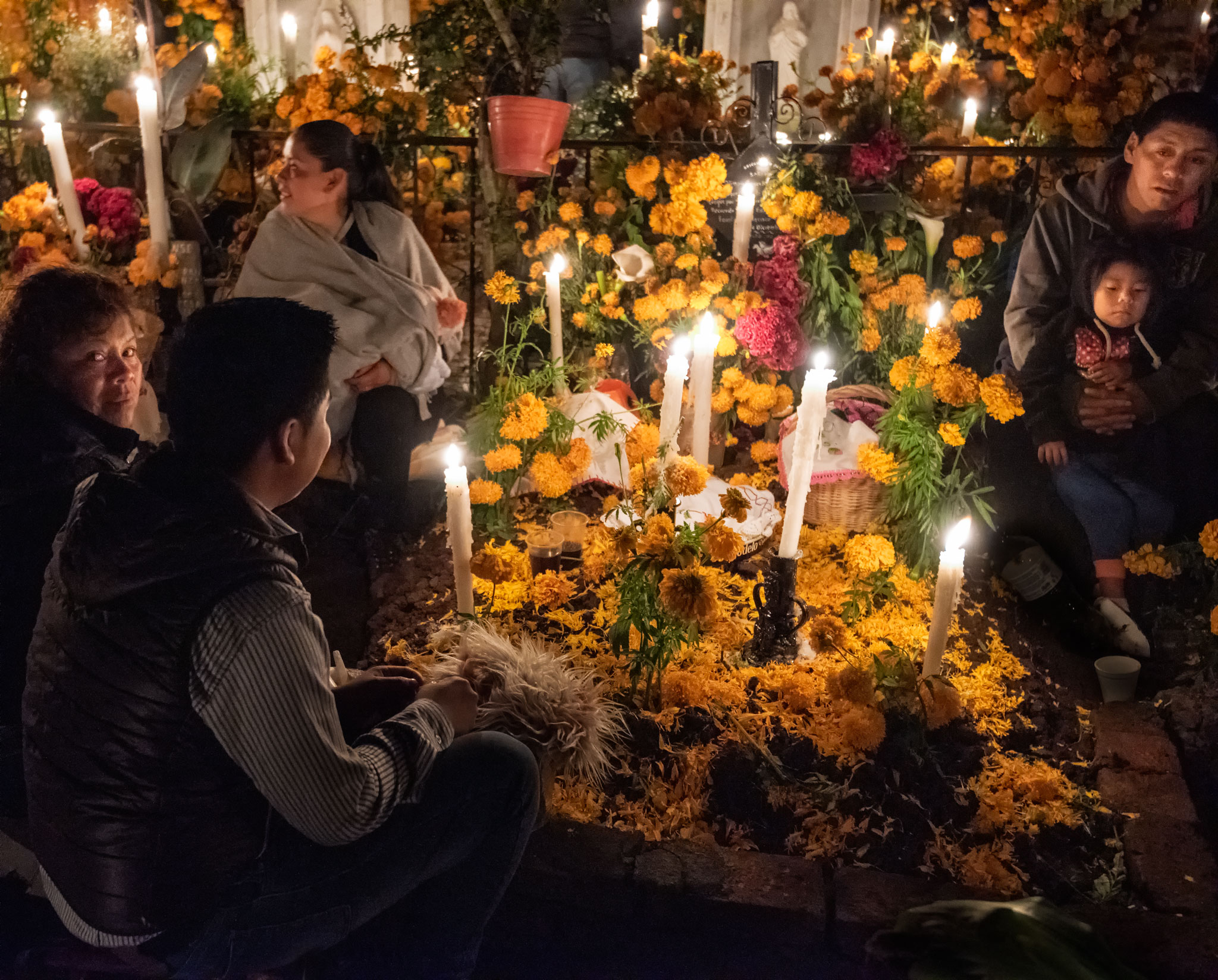 I asked a member of our host family about the tourists overwhelming such places and events, as it seemed their presence (like my own) could fade quickly into a form of cultural appropriation and exploitation. I received back the answer that yes, there were indeed too many tourists and too much business. But, on the other hand, she said to me, keep in mind that this may be the one day of the year this particular village makes money.

So there were layers of experience to take in, a newly appreciated complexity.

Afterward, as time grew short on our trip, we wandered the shops of Pátzcuaro looking for some small keepsakes and for gifts we could take home to members of our own family. Souvenirs, mementos, remembrances of a place. Things that might hold the magic.

Indeed, the wall between the worlds had grown thin. Our dreams at night had changed. And on that last day, we sat quietly in the big space of a cathedral as it began to rain outside. I’m not Catholic, not religious at all, really, but the space was sacred nevertheless. As far as I’m concerned you can take away the crucifixes and the priests, the rituals and ceremonies, the statues and relics and religious paintings (except maybe for the images of angels) and the numinous is still there. Peace is there.

You can just sit in one of the pews at the back. Life and death come to you intertwined, full of resonances and unexplored passageways, gateways to whatever is beyond. You feel in that moment how all the inner truths are welling up in you and are so very close — before you pack up, hurry home and lose touch with them again. 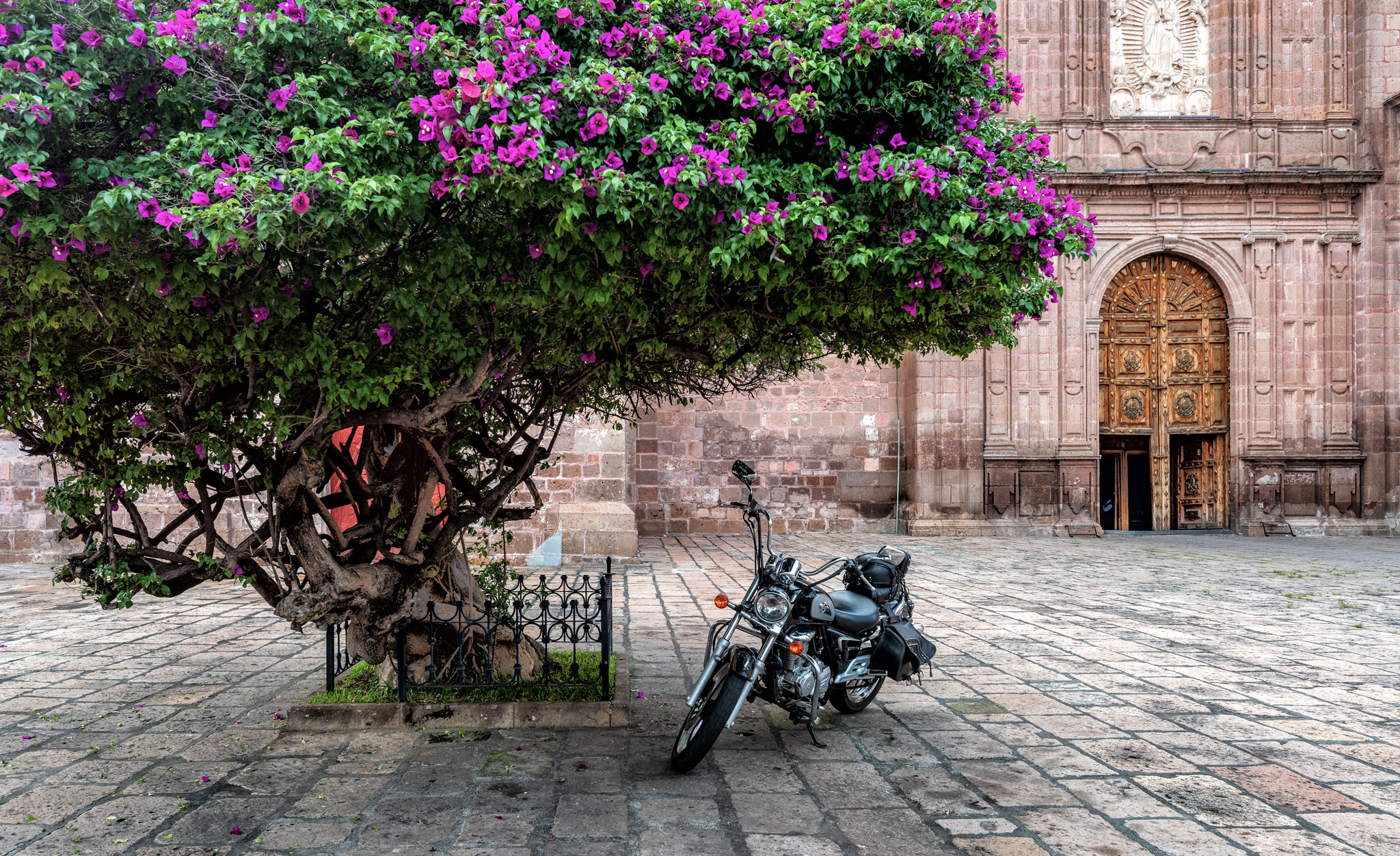