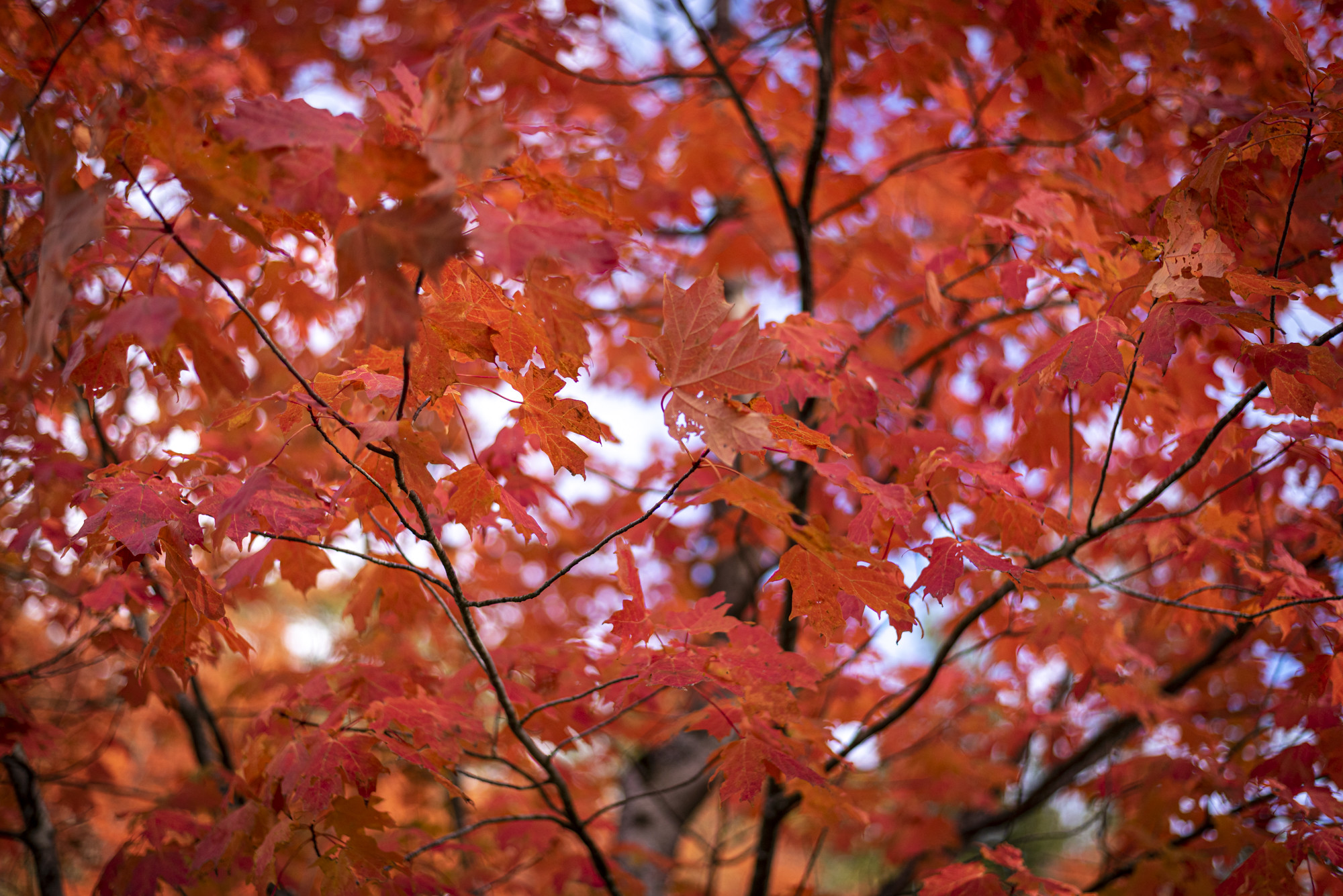 Outside my office window the wind comes up in a tree that yesterday had been a single big red bonfire. Now, half the branches are bare, the leaves tossed around and away like bright embers. I’ve missed the photograph I had wanted to take of the full red tree.

Meanwhile the lake across the street and the sky above it have turned the familiar autumn shade of Seattle gray.

Lines from a well-known Mary Oliver poem come back to me: “Doesn’t everything die at last, and too soon?”

Oh, yes they do. And then I remember that she, too, is gone.

Some days it feels like trying to hold onto anything permanently — the state of a relationship, some personal pride, some good idea — is a futile effort.

In a bigger way, I see how we may try hanging on to something of value — a job maybe, a marriage, all the places physical and psychological we’ve learned to settle into. But then we wake one day and sense the abyss, sense how something is radically different, and it’s no longer right to stay there. It can be so hard for that red leaf to let go of a branch that has held and nurtured it. The wind knocks it around violently for awhile and the leaf feels like it’s going to be torn in two before the moment comes of willingness to let go.

I don’t think our particular society and its deeper belief structures help us all that much with the transience of things. Anxiety and numbness are prominent norms for managing losses.

I remember when my own mother died some years ago. She was quite old and her death was not unexpected. I carried the grief pretending it wasn’t there. Then, Bill, one of the butchers at a local supermarket saw me. I didn’t know him as anybody except a guy with whom I liked to banter.

“Hey, you okay?” he called out from the other side of his counter.

Bill immediately came out from behind the counter, a big guy even bigger than me. He put his arm around my shoulder. “That’s really tough,” he said to me quietly. “That’s really, really tough.” I hadn’t actually felt the grief until that moment — when the guy at the meat counter reminded me to feel.

Transience isn’t just an “artistic” emotion, a delicate philosophy of wabi-sabi. The leaf gets banged around, sometimes quite a lot. And sometimes it hurts like hell, and especially for all the energy we put into pretending it isn’t so.

Outside my window, the wind has come up again and leaves twist into the sky like a startled flock of red birds.

None of this is to say we ought to give up when things that are of value are at stake. Sometimes, of course, it is right to resist and to fight back. But can you fight the changing of seasons? We can go into our houses and light a fire because at the core, we do feel cycles at their ending — we know this in our hearts and feel the chill on our skin. The wheel keeps turning and we are turning with it, though in a private hour we might dearly hope otherwise.

We go into our houses and light fires against the darkness, reminded (by another poet who has passed on) that the darkness around us is deep.