There’s an improv exercise about leadership I learned some years ago from actor, Barry Callen, in Madison, Wisconsin. Although I’ve lost track of Barry, he impressed me with his capability to help people learn about something complex from something simple, physical, and fun. Here’s the exercise:

Two people stand face to face. In the first part of the exercise one person puts their hands up flat in front of him or her (as if saying stop to the other person). The other person “mirrors” this movement without touching the other person’s hands — just leaving a little space between the two sets of hands. The first person then moves his or her hands and the second continues to mirror, keeping up with the first. There is no talking, or telling, or feedback between the people — its all kinesthetic. This produces a kind of silent dance of hands in which one person leads and the other follows. After a couple minutes, the pair is asked to switch roles. Now the second person leads and the first follows. In the final part of the exercise the pair is asked to silently switch the roles back and forth so that one leads for awhile and then the other picks up his or her turn and takes the lead. Through minute signals, such as eye contact, or slowing the motion, the pairs learn to let the leading and following to transfer back and forth between the pair.

Debriefing the exercise is enjoyable, and usually contains some serious hooks. For some people, leading is more comfortable, for others following. For some, this is a relatively sedate exercise with minimal movement, for others it brings back the games of childhood (such as paddycake), and for others it feels like a competitive game of stand-up twister. Sometimes the leaders have made it easy to follow them; sometimes they have made it hard — such as by jerking a hand out unpredictably or by turning their back to the partner or creating wild, hilarious tango movements. Sometimes the silent switching back and forth is discovered to have an awkwardness to it — I know it’s my turn only because you have completely stopped or you look frustrated — or because I have simply refused to follow you and if you want to play you now have to follow me. There’s usually a lot of laughter in a room of people doing the exercise and during the debriefing itself because it calls up similarities to daily situations and relationships.

Of course what the exercise is all about is the dance of leading and following in any given relationship: the dance of initiation and response, speaking and listening, giving and receiving. It could be about any kind of partnership between people or departments or organizations and customers, highlighting how situational and fluid the flow of leadership really is. Sometimes it calls up for people in formal roles a sense that no one ever really follows them or no one ever really wants to take over some part of the leadership themselves. Sometimes it calls up the feeling that no one has ever let me lead — or that I have ever let myself lead.

The exercise reminds me of a definition of leadership by Bruce Payne at Duke University. He says: “For me, leadership emerges when groups and individuals face problems and dangers, and as they are involved in conflict and disagreement about significant change.” Which means to me that a leadership role is played at the moment that a new situational demand comes into being, where there’s sudden tension, when something needs to happen, the answers aren’t obvious, and someone, anyone says, “Hey, this is ridiculous. We’ve got to do something about this!” Suddenly it is not about doing business as usual, but business as unusual. In the mirroring exercise, the impetus simply comes through the instructions and the willingness of the crowd to participate. In real organizations, it comes from the straight up demand for a new kind of deliverable of whatever kind — whether it is making sure the mail gets on the right truck this time or a life hanging in the balance is saved by a surgical team, or a new strategic direction is messily hammered out by a collection of contentious vice presidents. It comes from circumstances that say “we can’t do this the way we used to.” And the dance begins.

How easily that dance, over time, breaks down. And yet, if we allow it, how easily it also reforms itself in endlessly new ways. 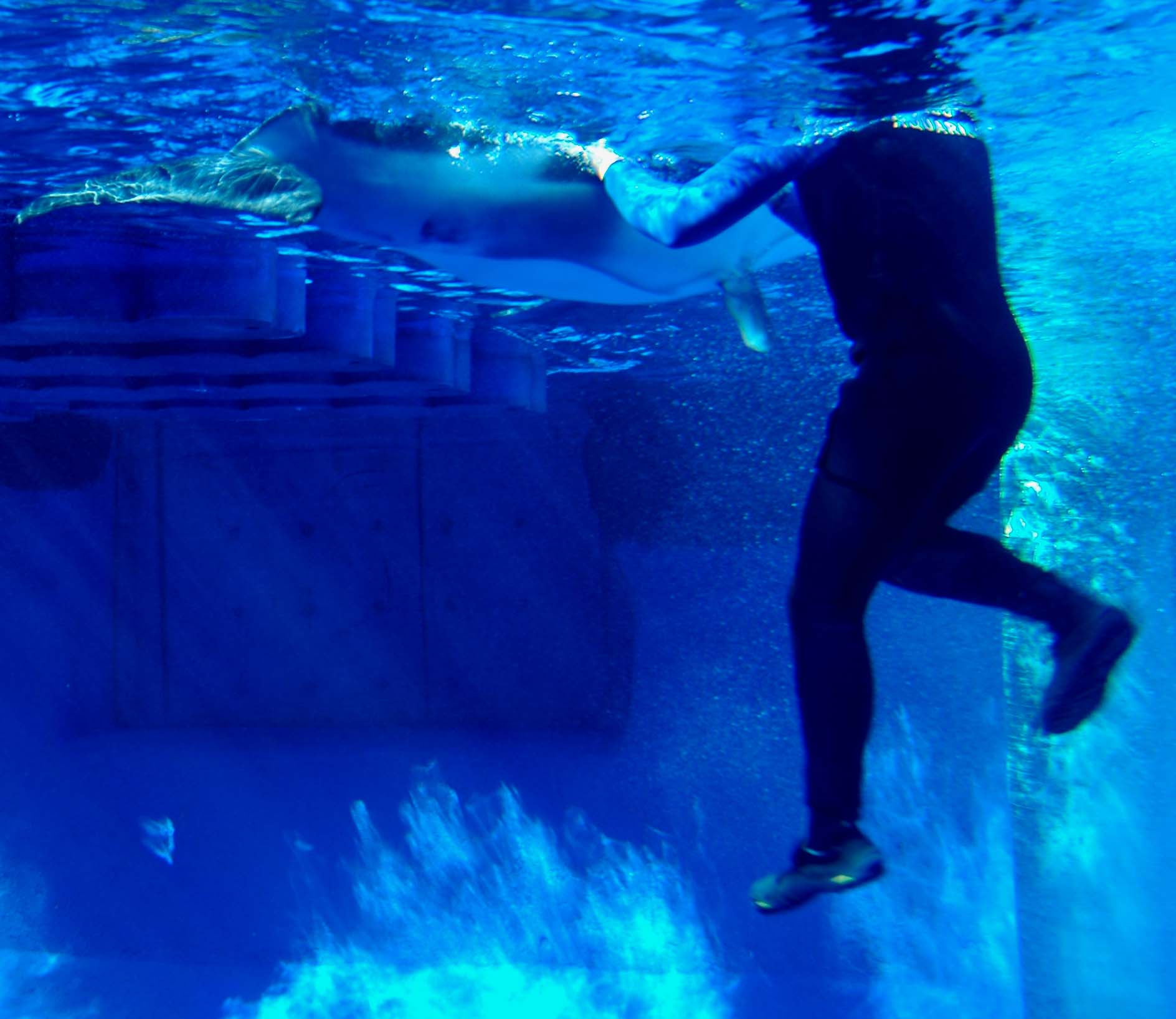 When the leading and the following fit together well and all the tensions are just one more set of movements toward an artful, innovative resolution, when we talk not just about the goal but about the dance itself, when there is color and form and people respond to one another’s unique style and skills and experience with admiration; leading, mirroring, responding, then such a cool thing comes into being — I know you’ve seen it — called collaboration.