She walked
like a holocaust; and closing her eyes,
she touched the invisible, boundless as smoke,
and was one with the night.

Leadership is a Field

I was once doing some management training work in a very isolated location. To the west, a big snow-covered mountain hung behind the outpost like a dark cape. Scrub pines and junipers ran down the mountain’s flanks to meet cold plains to the east below.

One day, after a session, a woman named Ingred stayed behind to talk. She had seemed to be one of the sanest, most rational and experienced managers in the room. I admired her insights during class. But as we talked together and our conversation deepened, a great sadness seemed to envelop her. She talked about how trapped she felt in a narrowly defined job, and worse, how trapped she felt by the inbred, dysfunctional politics of a workplace literally hundreds of miles from the nearest city and fifty miles from the nearest meaningful grocery store. She felt discredited and dismissed — empty — and this had gone on for several years. She’d asked to transfer to another location for the company but was always told she was most valuable exactly where she was. The alternative was to quit, move those hundreds of miles and start over, and she was having a very hard time thinking about that. 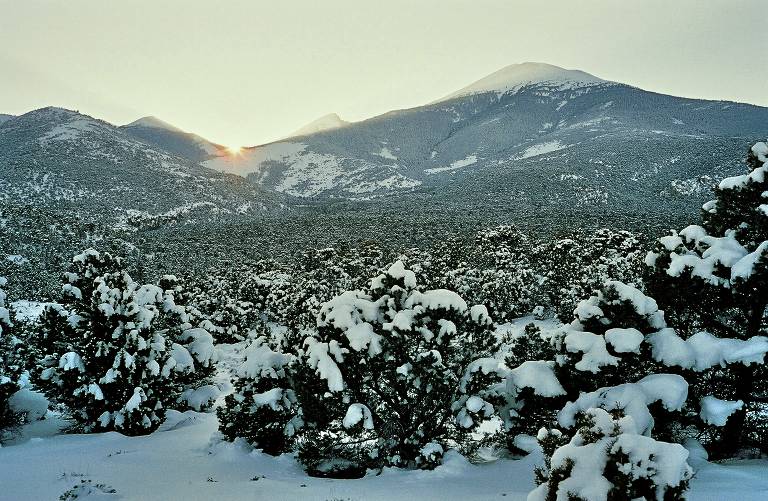 Finally, after a couple of hours it came out. She felt suicide might be an attractive and rational option. After all, she had no family, lived alone, had no friends among her co-workers, and so lived only for her boring job. So while she was healthier in some ways than others around her who were enmeshed in the high drama of their conflicts and messy relationships, in other ways she felt so unseen and depressed that it seemed reasonable to end her life. I sat with her in the vacant training room as the sun went down and it began to snow; listening, reflecting, trying to be a good friend even though I was a stranger. At some point well past sunset I began to feel that I had nothing more to offer. I felt awkward, maybe as empty as she did.

It was then I heard myself blurt out a question: “Ingred, do you think this is a beautiful place? I mean the mountain and trees and rocks here. Are these things beautiful to you?”

“Yes,” she replied, but it was clear from her eyes that she was wondering where I was going.

“Do you think the mountain and the trees and rocks need you to end your life?” I asked. I had no idea where that question had come from.

She thought for awhile and then very quietly she said “Thank you.” Her face relaxed and she straightened up her shoulders. “No, they don’t,” she said more firmly.

We kept talking and the moment passed, but she came back once or twice to that notion that the natural world around her did not require her death in any premature way. She was just feeling very, very alone.

Sometimes I think it’s the least crazy people that have the hardest time. When I asked a friend about this point the other day, she said to me, yes, she saw that, too. She saw it in herself. I asked her how she coped and she told me that at some point she realized the crazy-making place was exactly where she was supposed to be, that in that place you were supposed to listen to the Universe for the lessons about what to do. That was the point of being there.

And so, of course, all that reminded me of Ingred and our exchange that night at the outpost. There was a moment when I was feeling very dumb, not knowing what to do or say, but then something showed up, showed up in that field, came through me for her without my even understanding.

There was an irony, too. A year later, Ingred wrote to me to tell me that one of the people in my class had indeed committed suicide, driving his truck off the road at high speed. For awhile Ingred wrote me regularly to share news of the place. I’m afraid I was a lousy correspondent and eventually we lost touch, but it was clear she was doing much better.

Before I left that remote mountain, Ingred gave me a beaded medicine bag she had acquired up north from an Indian artist/healer. She wanted me to have it. It was a symbol of our conversation and the role she thought I had played for her. Although grateful — the medicine bag is one of my most treasured possessions — you must know it wasn’t me that did much of anything. It was the mountain and the trees and the rocks. It was the snow that fell down that night into the darkness. Somehow these things had given her hope.

It didn’t come from me. It came from the field.